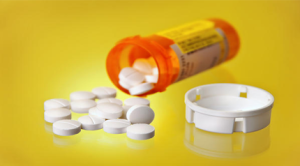 Detox medications can help with pain and withdrawal symptoms.

A drug dependent person cannot simply and suddenly discontinue drug use because he/she will experience withdrawal symptoms and in some cases these symptoms can be deadly. Some drugs are brain depressants that place a burden on the brain’s ability to produce noradrenaline, a neurotransmitter. When drug use is stopped, the brain ricochets by creating a rush of adrenaline that results in severe withdrawal symptoms.

A supervised drug detox program is necessary to assist patients in making a full and complete recovery from addiction.  There are several medications that are provided to keep the drug dependent person at ease and to assist them in conquering addiction to drugs.  Many of these medications also work to undo some of the effects brought on by drug use or long term drug abuse. Dependence on prescription drugs, especially on opiates, will usually necessitate a string of medications to be administered throughout the drug detox treatment  to ensure the safety of the patient during this difficult time.

There are a lot of drug replacement medications depending on the kind of substance the individual is addicted to. There are also specific drug detox medications for certain symptoms such as anxiety, nausea or cravings. For example, anxiety is an emotional withdrawal symptom, and there are drug replacement medications which can be administered to directly address the anxiety that a patient has. There have also been unusual cases where anxiety attacks can be serious enough to lead to psychosis, thus it is important to the safety and overall health of the patient that this type of symptom is managed as soon as possible during the program. Most of the time, one of the following drugs are prescribed to treat anxiety as it occurs during drug rehab: Valium, Xanax and Clonazepam.

Being the most common drug addicting substance, there are medications in line to combat opiate dependence. Heroin, and painkillers like Morphine, must be countered with drug replacement medications to guarantee that the drug dependent person will defeat the withdrawal symptoms safely. Methadone is the drug of choice to substitute opiates but there are other alternatives on the market today such as Suboxone.  Methadone is an effective drug replacement medication that tricks the body into assuming that it is still ingesting the opiates which prevents many withdrawal symptoms from occurring.  However, a drug dependent individual must be able to wean himself off of the Methadone else further addiction will occur.

The main goal of drug detoxification is to get rid of the toxins built up inside the body  as a result of the drug use. All the toxins should be eliminated from the body because any remains of the substance can re-trigger the addiction at anytime. These programs involve keen observation and close supervision for the addict.  It’s important to monitor the addict’s emotional aspects, vital signs and medications administered during this period of detoxification which often lasts about three to seven days.